Which countries are beating expectations on skills and why: lessons from the OECD skills surveys.
The international skills comparison outlined in the OECD surveys for 15-year olds (PISA) and working-age-population (PIAAC) reflect huge differences among countries. The mean results of math, reading and science are highly correlated to a country's success or failure in addressing the skills challenge. There are various factors such as economic development, educational system construction, labour market institutions and culture that shape stable champions (East Asia, North Europe), recent challengers (Poland) and those that are catching up (Latin America, Eastern European post-communist states).   The participants of this Google Hangout will discuss the following issues:

Aaron Benavot Director, EFA, UNESCO Aaron Benavot is Director of the Education for All (EFA) Global Monitoring Report at the United Nations Education, Scientific and Cultural Organisation (UNESCO) in Paris, France. Developed by an independent team and published by UNESCO, the Report assesses global progress towards achieving key international targets in education, identifies effective policy reforms on EFA topics and draws attention to emerging issues (www.efareport.unesco.org). Benavot is currently on leave from the University at Albany-SUNY, where he serves as Professor of Global Education Policy in the School of Education. Previously he consulted for UNESCO, its institutes, UNICEF & the World Bank.

Maciej Jakubowski Associate Professor, Warsaw University Maciej Jakubowski is a policy maker, advisor and researcher with international and national experience in these fields. He served as an under-secretary of state (deputy minister) at the Polish Ministry of National Education between 2012 and 2014. He was responsible for the Ministry’s budget and school funding, international cooperation, research and building the long term education strategy. Currently he leads Evidence Institute and works as a consultant for governments and international organizations in Europe, Asia and Africa. Before joining the government he worked in the OECD PISA team in Paris (between 2008 and 2012) and as a consultant for the World Bank, UNDP, OECD and the Polish government. Mr. Jakubowski holds a Ph.D in economics and M.A. in sociology from the University of Warsaw where he still works as an assistant professor at the Faculty of Economic Sciences.

Aashish Mehta Assistant Professor, Univeristy of California Aashish Mehta is Associate Professor of Global Studies at the University of California-Santa Barbara. His current research focuses on the changing role of human capital in structurally transforming societies. Recent papers study changes in the composition of employment and exports, and their relationship to education, wage inequality, gender roles, and demand for skill. Earlier publications cover a diversity of topics, including commodity price crises, energy sector restructuring, food subsidy programs, caste-discrimination, land rights and international scientific collaboration. Before joining UCSB, he served as an economist at the Asian Development Bank, where he supported the bank's electricity sector reform efforts Central Asia and the Philippines and covered global and Asian macroeconomic developments.   William Thorn Senior Analyst, OECD William Thorn is a Senior Analyst in the Education Directorate of the Organisation for Economic Cooperation and Development. He joined the OECD in August 2007. He currently manages the OECD’s Programme for the International Assessment of Adult Competencies (PIAAC). Prior to joining the OECD, Mr Thorn held a wide range of senior positions in the Australian federal public service in the Departments of Education and Employment. This included the management of units responsible for research into education and the labour market, programme evaluation, statistical collections and analysis, tertiary education funding policy and the Commonwealth government’s role in the testing and monitoring of basic skills such as literacy and numeracy in Australian schools. 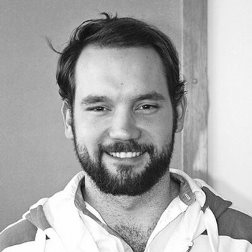 Nic Spaull Postdoctoral Fellow, Stellenbosch University Nic Spaull is a postdoctoral fellow in the Research on Socioeconomic Policy group at Stellenbosch University, South Africa. His research focuses on the quality of education in South Africa and Sub-Saharan Africa and the use of cross-national survey data in policy making. He has been involved with a number research projects commissioned by various local and international organizations including UNESCO, UNICEF, The World Bank, The European Union, The SA Department of Basic Education, and the The South African Presidency. He also sits on the Joint Advisory Committee of the South African Human Rights Commission. 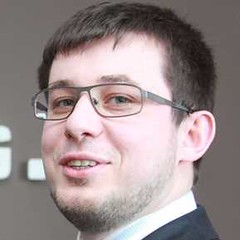 Maciej Lis (moderator) Senior Economist, IBS Maciej Lis is an expert of Institute for Structural Research on skills and education. His main research interests focus on the economic consequences of ageing in terms of health care costs and productivity. He specilizes in microeconometric simulations of education, human capial and labour market. Besides research he is a co-author of evaluations and reports for European Commission and World Bank as well as Polish central government bodies.
all events